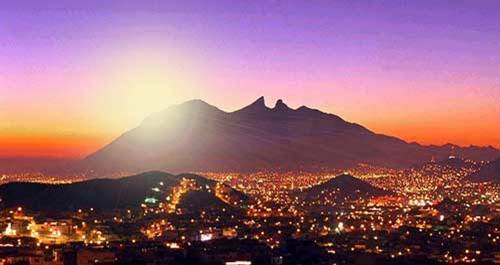 Genesis: I wrote this song sometime during 1984, while working on a soon-to-be abandoned album project. The album was modeled on David Blue’s wonderful 1973 album, Nice Baby and the Angel. That album featured David Lindley on lap steel guitar, fiddle, and viola. I love the moody ballads and the up-tempo rockers.

This song is very transparent: a drug deal that is going to go terribly wrong. I believe I had been reading several early novels by Graham Greene, hence the hint of religious guilt in the first line of the chorus.

Mexico on the Fourth of July

Standing in a furnace called Monterrey

Waiting for a man who hasn’t shown up

One more day my cover gets blown

One more day ship my body back home

Father forgive me for all that I’ve done

Stop torturing me with this Monterrey Sun

White heat pours from the end of a gun

Take me away from this Monterrey Sun

Take me away from this Monterrey Sun

The money I’m holding is covered with sweat

My nerves are crazy with heat

A child keeps crying but nobody comes

Mad dogs careen down the street

Can’t make a phone call no line is secure

The locals are restless I’m not so sure

When I get back gonna get what I’m owed

Here comes the Chevy all covered in dust

With a woman behind the wheel

She motions me closer I shouldn’t move

No strangers was part of the deal.

We drive through adobe bleached to the bone

When I came to there was blood on the stone

Took a moment to realize that it was my own